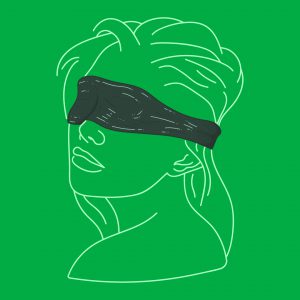 How ‘green’ is the green energy that you consume? That question is difficult to assess and invites debate and discussion. So is it
a waste of time going for a green power contract? Well no, it is having a tangible effect on the energy market, but do bear in mind the following caveats.

Is the electricity at your power socket truly green?

Your supplier generates green electricity in a hydro-electric power station in Norway. But does that energy actually turn up in your own home? Well, that is practically impossible and never happens. Even if you’ve opted for a ‘100% green’ electricity contact, the electricity that you consume at home will not necessarily be 100% green.

So is your energy provider deceiving you when he sells you a green energy contract? The answer is resolute and clear: no, he isn’t. Why is this? Well, the total energy mix on the Belgian network is the same for all customers, regardless of their contract type. All producers (both green and grey) put their electricity together on the same network. They distribute this in an equal way and that’s how it reaches your power socket.

If you opt for a green energy contract, your energy provider has to ensure that the power you consume was actually produced and put on the network in a ‘green’ (viz. eco-friendly) manner. In other words: by opting for green power you have indeed had a positive impact on the environment and the future. Whether you’ll be consuming that ‘green power’ yourself is the only thing you can’t be sure of.

The big change in the energy market would happen if we all plumped for green power. As energy providers would then have to switch completely to green methods of production.

Is all green energy equally ‘green’?

Another moot point is just how ‘green’ so-called green power is. In Belgium, an energy supplier can market green power in two different ways:

The most contentious aspect are the green power certificates. For example, the exact efficiency of the system and its usefulness have been called into question several times.

More fundamentally, the ‘greenness’ of the renewable energy sources has been contested. A biomass plant is, for example, a renewable source of energy, but how green is it actually if it burns wood pellets that are imported from Canada in big container ships? The same goes for solar panels: how ‘green’ are they if they are manufactured far away, in Chinese factories, that are fired by pit coal?

Green does, therefore, come in many different colors. If you want to know how green your supplier is, then you’ll need to check his investment- and procurement policy. Some suppliers are very open about that, others much less. That transparency can, therefore, be a key selection criterion for finding the supplier that’s right for you.

Is every energy provider with green power contracts really eco-friendly?

No! Your energy supplier’s offering of green power doesn’t guarantee that he pursues a green investment strategy.

After the energy provider has settled the levies, the costs for guarantees of origin and/or the production and transport, part of remainder of your invoice amount is for him. He can invest that in carbon-based energy (such as pit coal- or gas-fired power stations) or, alternatively, in renewable energy (such as the sun or the wind).

So who then, do you think, is the most eco-friendly?

Your role in the energy transition

So… food for thought. Remember, above all, that your choice of green power does, indeed, have an impact. Your electricity is then sourced, from somewhere in Belgium or Europe, from renewable sources of energy! The ‘grand’ energy transition will come about if we can persuade everyone to ‘go green’.